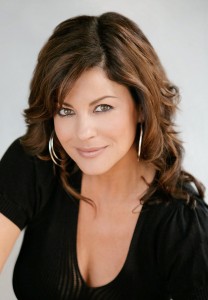 Kate Martineau Adams reveals how love of soaps helped her land a dream job. Here, the former assistant casting director answers the question: How Did You Get That Job?, and shares how rewarding it is to see the actors you’ve cast at work.

Kate Martineau Adams: I had been working with Mary Clay [Mary Clay Boland] at Warner Bros.; and when she was meeting with Chris Goutman [Executive Producer] about possibly going to As the World Turns,  she was obviously keeping it under her hat. But she was asking me kind of specific questions because she knew that I had been a fan of daytime for much of my life. So, she would ask me little questions about what I knew about the show, or the actors on it. And then, once she got the job, she was picking my brain more. And then, it became evident that she was thinking of bringing me over to the office.

And that was fantastic for me because Warner Bros. — it was exciting because we working on these huge shows; but it was very frustrating because we were working in a vacuum. We would just put people on tape, and then we would send the tape to LA, and then we would never even hear back from that casting director. If they were screen testing any of the people we put on tape, we would read in Variety or online, ‘Oh, this person we put on tape booked that pilot.’

Kate Martineau Adams: It was very frustrating. So, moving to the studio in Midwood (an area in Brooklyn, New York where As the World Turns was produced) was this whole, new world where almost everybody who worked on the show was in that building. You would just look up on the monitor in your office, and you could see everybody that you cast the week before doing their work.

Not only were you in on the whole process of it, but then you could actually see them filming. So, that was a fantastic change; and I really loved that. And in terms of moving to a soap; as I said, I was a fan of daytime for much of my life.

I remember in high school, my dad mocking me for spending so much time watching soaps; because I would record them during the day. And then, at night, I would do my homework and watch them; and he would just tell me I was wasting my time. And he was like, “I don’t see how you can watch these!”

But I’ll tell you what, when I got that job, the first person who was watching every day — he recorded it every day. And he loved it, and would call me and ask questions.

And I remember, the day my dad died, he asked me, “What’s going to happen with Henry?” And so I told him Henry’s upcoming story.

Susan Dansby has received four Emmy® Awards and two Writers Guild Awards for her work on the soap opera, AS THE WORLD TURNS. She is the author of HOW DID YOU GET THAT JOB? MY DREAM JOBS AND HOW THEY CAME TRUE.
View all posts by Susan Dansby →
This entry was posted in Dream Jobs, Film Jobs, Interviews, Television Jobs and tagged As the World Turns, Assistant Casting Director, ATWT, dream job, get a job, get hired, How Did You Get That Job?, Kate Martineau Adams, soap opera, soaps. Bookmark the permalink.