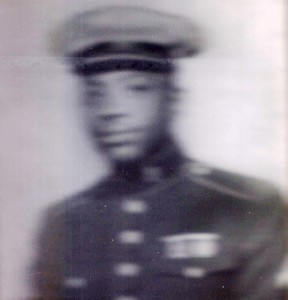 Anyone who’s read How Did You Get That Job knows I had “issues” with my father. He was an alcoholic, and that disease caused him to betray me at one of the most pivotal times in my life.

He was also the man who raised me to believe that I could accomplish anything if I was willing to work for it.

My father lied about his age to join the Marine Corps when he was only 15. That’s where he learned to drink and smoke – trying to fit in.

He was extremely bright. A mathematical genius whose dream job was “architect.” He never achieved that goal. But he never stopped striving for success.

Dissatisfied with working in the mailroom of Delta Airlines, he decided to go into real estate. One of my earliest memories is of Daddy bringing home piles of books, and studying for the real estate exam.

This African-American man became a real estate broker in the 60’s in Atlanta, GA, and sold many of his friends and family members the first homes they’d ever own. No small feat.

His alcoholism was the primary reason his business failed. He never recovered from that, and died of cancer when he was 50 (I was 26).

Fortunately, I was able to spend some time with Daddy before his death, and came to forgive him. I was able to tell him I loved him – and mean it.

Eight years after my father died, I was standing on the studio floor at the soap opera, GUIDING LIGHT. At that point, I’d been working in TV for five years, working my way up to my dream job of television director.

On this day, I was auditioning as a director by directing auditions for two contract acting roles (“Hampton Speakes” and a recast for the role of “Melinda Sue Lewis”).

Directing audition scenes is a good way of testing a new director because, in essence, you “block” (design movement for actors and cameras), rehearse and tape only one scene, then direct it again and again. In a regular day, you would block, rehearse and tape an episode of close to 30 different scenes.

So far, the day had gone well. I’d been relatively calm as I took the actors through “dry rehearsal” – a rehearsal without cameras – where I instructed them on movement and answered any questions they had about the scene.

Then we went into the studio. This was the part that would make or break me. I had to block the scenes with actors and cameras, rehearse it, and get it taped – all while watching the clock. When we got the first scene taped with very few snags, I started breathing more easily.

Then, an odd thing happened.

I was standing out on the studio floor waiting for the crew to get back from a five-minute break. Angela Tessinari (then a production assistant, now an Emmy®-winning director on All My Children), came out to the floor and told me I had a phone call.

I automatically started walking back to the control room with her to pick up the call.

“Who is it?” I asked – expecting her to say there was a call from hair or makeup or props.

“Your father,” she said.

But Angela was insistent as she explained that she had answered the phone. The man asked for Susan and said he was my father. I was the only Susan.

I knew there had to be some mistake. My father had been dead for nearly a decade. I went into the control room, picked up the phone.

There was no caller on the line.


When I explained to Angela that my father had passed away, she was very apologetic. But I told her it was all right. Obviously this was a message I was meant to get.

A paranormal event? A ghostly occurrence? Maybe it was just a strange coincidence. Whatever it was, I took that phone call as a sign that my father knew I had achieved my goal, and was proud of me.

Susan Dansby has received four Emmy® Awards and two Writers Guild Awards for her work on the soap opera, AS THE WORLD TURNS. She is the author of HOW DID YOU GET THAT JOB? MY DREAM JOBS AND HOW THEY CAME TRUE.
View all posts by Susan Dansby →
This entry was posted in Dream Jobs, Television Jobs and tagged Angela Tessinari, directing jobs, director, dream job, ghosts, Guiding Light, Halloween, Hampton Speakes, How Did You Get That Job?, how to become a director, Melinda Sue Lewis, paranormal, Susan Dansby. Bookmark the permalink.