Susan Dansby: Hi, this is Susan Dansby, and I’m here with Ellen Dolan of As the World Turns.

Ellen Dolan was born and raised in Iowa, earned her BA and MFA degrees in theatre from the University of Iowa. While working toward her Bachelor’s degree, she spent a summer studying dramatic arts at the Webber Douglas Academy in London.

Her stage career began in repertory theater with such roles as Katrin in Mother Courage. Other regional productions such as Maggie in Cat on a Hot Tin Roof, May in How the Other Half Loves, and Cleya in The Nerd. She was a founding member of the Studio 3 Group, and is currently a member of the Workshop Theatre Group.

Off-Broadway she starred in Sophistry and I Forgive You, Ronald Regan, and has worked in episodic television on such shows as Law and Order SVU.

Ellen joined As the World Turns as policewoman, Margo Hughes, in November 1989, having been asked to consider the part by the late Doug Marland, who was the head writer for the CBS daytime drama. 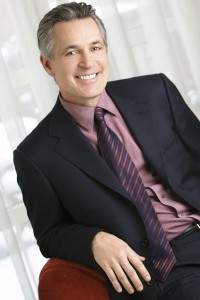 Her additional television credits include the made-for-television movies, Mother’s Day, Mothers, Daughters and Lovers with Helen Shaver, and Dancing with Danger with Cheryl Ladd.

So, hello, Ellen Dolan! How are you?

Susan Dansby: Yes, you can talk.

Ellen Dolan: Thank you! Enough about me. Let’s get to me.

Susan Dansby: Well, the big question for this interview is: How Did You Get That Job? Doug Marland approached you about playing Margo. How did that come about? Did he just call you one day?

Ellen Dolan: Yeah. My mother had just passed away. And I moved out to Los Angeles for the first time. And you should never leave town after your mother dies. You’re not in a very good frame of mind.

But there I was out in LA, and I was doing what I could and getting along. And my car had been stolen, so I kind of moved further into the Hollywood area. And I was going to tough it out.

And all of a sudden, I got a call from Doug Marland saying, “Would you consider doing this role of Margo because Hillary Bailey Smith [original Margo] really is going to leave this time.” Because she’d been planning to leave, I guess, several different times, and just never did. Because who’d want to leave that role?

But he asked me if I would do it. And I said, “Yeah. I would love to.” I’d been out in LA for three months, and I thought it really is time to come home, because I’m not ready yet.

I felt like Joey in Friends. “What do you mean you want to test me? I AM Dr.-So-and-so.”

So I was like, ‘Oh, okay, testing.’ So, I walked in; and it was the first time I ever saw Scott Holmes [played Tom Hughes on ATWT]. And he was just joyful and fun and lovely. And I was the first person to be put down on tape with him. And badda-bing, badda-boom. I got it.

Susan Dansby: What was that scene about?

Ellen Dolan: I think it was the scene where she had to tell him that Adam wasn’t his son.

Ellen Dolan: Because later on, when I was doing it, we had scenes where we had to tell Hal that Adam was his son.

Susan Dansby has received four Emmy® Awards and two Writers Guild Awards for her work on the soap opera, AS THE WORLD TURNS. She is the author of HOW DID YOU GET THAT JOB? MY DREAM JOBS AND HOW THEY CAME TRUE.
View all posts by Susan Dansby →
This entry was posted in Dream Jobs, Interviews, Television Jobs, Theater Jobs and tagged actor, As the World Turns, ATWT, Doug Marland, dream job, Ellen Dolan, Hillary Bailey Smith, How Did You Get That Job?, Scott Holmes, soap opera, soaps, Susan Dansby, Tom Hughes, University of Iowa, Webber Douglas Academy, Workshop Theatre Group. Bookmark the permalink.