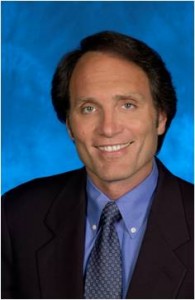 Christopher Goutman is an award-winning producer, director, and writer.  In television, he has been recognized with 13 Emmy® nominations and four Emmys® for his work as a producer and director.  He has been nominated for a Directors Guild of America Award four times, and won that award in 2010.  He recently created and produced two series for the internet, In Turn and L.A. Diaries – which he also directed.  He also wrote, produced, and directed a short film, The Square Root Of 3, which received extensive exposure on the Independent Film Circuit.  His theatre experience includes directing numerous plays in Philadelphia and New York and he is a playwright as well.  He wrote Channel View, which was performed by LA Stage and Film Company.  In his previous life as an actor, he appeared extensively in television, film, and in the theatre at Circle Rep, Manhattan Theatre Club and the Roundabout Theatre where he received a Theatre World Award for The Promise. Mr. Goutman received a B.A. from Haverford College and an MFA in directing from Carnegie Mellon University.

Susan Dansby has received four Emmy® Awards and two Writers Guild Awards for her work on the soap opera, AS THE WORLD TURNS. She is the author of HOW DID YOU GET THAT JOB? MY DREAM JOBS AND HOW THEY CAME TRUE.
View all posts by Susan Dansby →
This entry was posted in Dream Jobs, Film Jobs, Television Jobs, Theater Jobs and tagged actor, Another World, As the World Turns, Carnegie Mellon University, Christopher Goutman, director, Directors Guild of America, Emmy award, executive producer, Haverford College, producer. Bookmark the permalink.