Dr. Reid Oliver (As the World Turns) was actor Eric Sheffer Stevens’s first recurring role in a soap opera. Here, he talks with a writer from that show about how he coped with the huge amounts of complex text he had to memorize, his process of breaking down a script, and the freedom that came with having to work so fast.

Eric Sheffer Stevens: I think I didn’t have an appreciation for how difficult it was, how much memorization would go into it.

Eric Sheffer Stevens: Right. There were definitely days where I just went, “Oh, my gosh,” as I was going through the script.

And I got to a point where I would kind of start with that script two days ahead of time. Even if I were shooting something the next day, I would at least get to a certain point with that other script two days before, so that the day before it was easier to get it in your head. Then the next morning, I would go over it over coffee and cereal before I headed out to the studio.

The first day, I definitely wasn’t – I’d memorized as much as I would normally do for a regular TV show. But you shoot that episode over a week or 10 days, and you have tons of rehearsal, and there’s tons of coverage. By the time it actually gets around to you, you know it so cold. And I was a little bit shocked that first day at how little you go over it before they just tape it.

And then they keep it! Even if you walk into a wall, or you wanted to do something differently, they just go, “Okay, that’s a buy,” and move on.

So, after that first day, I came home and just really buckled down; because I was having speeches to judges and policemen, and all this stuff. And there was medical jargon. So, I really wanted to have it in my head, so that I could have the freedom to kind of play with it when I was actually shooting it. If you don’t know well, when you’re just thinking of what your lines are. And that shows.

Susan Dansby: And what is your process when are studying a script? What kind of questions do you ask yourself a few get that first look at the script? Do you break it down into beats?

Eric Sheffer Stevens: I do — not for playing it, I do for memorizing it. Because reading it, I’m not really sure how to play it. It’s not until I actually memorize it that I go through, and I go, ‘Okay, I know what the direction of this is.’ 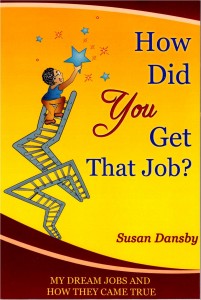 Susan Dansby: What will you take it away from this experience on World Turns?

Eric Sheffer Stevens: A few things. I really love working with those people. It’s a really warm, generous group of people. That was another aspect of it that I — I’m not sure I had any preconceived notion of it; but everybody was very humble, very helpful, very gracious. It was great group; so, it left me a lot of great memories, even though it was only nine months that I was on.

It was a fun time to be on, at the end of that show. I got very sentimental about it, even though I hadn’t been part of that community for very long. So, that was really fantastic. And also, I think, what we talked about before. It really developed a whole different set of muscles; and having to make decisions that quickly, and shooting that fast, helped me a lot as an actor. I think it developed — I don’t know — a whole other set of tools or something. To be able to read a script, and react to it that quickly. That’s definitely with me in anything else I’m going to do or audition for. So, that’s very helpful.

Susan Dansby has received four Emmy® Awards and two Writers Guild Awards for her work on the soap opera, AS THE WORLD TURNS. She is the author of HOW DID YOU GET THAT JOB? MY DREAM JOBS AND HOW THEY CAME TRUE.
View all posts by Susan Dansby →
This entry was posted in Dream Jobs, Interviews, Television Jobs and tagged actor, As the World Turns, ATWT, Eric Sheffer Stevens, How Did You Get That Job?, LuRe, soap opera, soaps, starting a new career, Susan Dansby. Bookmark the permalink.