Actor Eric Sheffer Stevens: Auditioning For – and Getting Cast As – Reid on As the World Turns

Actor Eric Sheffer Stevens talks about the actual audition process that led to his recurring soap role as Dr. Reid Oliver on As the World Turns. Eric shares a joke that helps him keep the proper perspective during auditions. 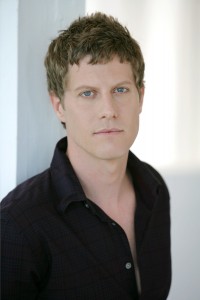 Susan Dansby:  So, how did you get the job on World Turns? Did you read scenes with Mary Clay Boland, the casting director? What was the process?

Eric Sheffer Stevens: Yeah, I went in for Mary Clay. I had been in once or twice before for different parts — I’m not sure what. Yeah, it went very well. I came in and read for her — and it was just with her. From reading the scene, I guess it was a made-up scene. It wasn’t something that actually figured into the storyline.

I understood who the guy was — or how I would want to play it — and did that, and it went well. But that doesn’t get you excited or anything. You have so many auditions that go well, but never go anywhere. So, you train yourself not to get drawn in. Otherwise, you just, emotionally, would be battered all the time. 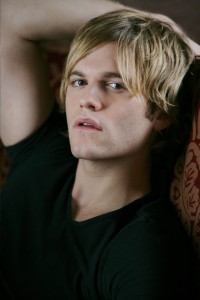 So, I was called back for it, and Chris Goutman was there. And then a third time, I think, they actually brought Van [Van Hansis, Luke, As the World Turns] in to read with me, because they knew the storyline was eventually going to go that way.

Susan Dansby: Now, when they called you in the second time, is that when they put you on tape? Or was it the third time?

Eric Sheffer Stevens: Yeah, I’m sure I was on tape the second and third time. Pretty sure. Vaguely sure.

Susan Dansby: And when you came in to do the same with Van, were there other actors there? Were you aware of other people auditioning?

Eric Sheffer Stevens: They had it down to three by then.

Susan Dansby: So, how does that feel when you’re seeing these three guys go up for the same part that you’re going for?

Eric Sheffer Stevens: That’s another thing that you’re just sort of used to. There’s an old joke — it was in the New Yorker actually — of this guy showing up at a café with his two friends, and he’s all excited. And he says, “Guys, guys, I just heard from my agent, it’s between me and the guy who’s going to get it!”

So, you’re just sitting there in the room, and you just talk, and sort of — I guess, in a self-preservation way — assume that somebody else is going to get it. And that sort of takes the onus off of you. You just do what you planned on doing in the room. As long as you do that, you feel good about the audition. That’s all you have control over.

Susan Dansby: Had you been put on tape before in different audition situation ? Was this a new experience for you?

Susan Dansby: Well, tell me this, Eric. For a brand-new actor, don’t you think that it really helps you to have all the experience that you had in school, and post-school, and studying, just to prepare you for those situations? Isn’t that incredibly intimidating if you’ve never done it before?

Eric Sheffer Stevens: Yeah, it is. I mean, it takes a long time to get used to it. And there were definitely different mediums that I was stronger at, to start off with.

Susan Dansby: I would assume that would be theater.

Auditioning is completely different from your actual work. It’s a whole other skill. Being able to audition well is very different than being able to rehearse and be a good actor. So, it takes a little while to develop that.

Any experience you have behind you always helps, because it makes you more comfortable. The more comfortable you are, the more likely you are to actually do what you had prepared, and not be thrown off of that.

Susan Dansby: One of the things that Chris Goutman spoke about is that he wants [actors] to come in and be themselves — which is pretty much the hardest thing in the world to do in an audition situation.

Eric Sheffer Stevens: I think you have to get to a place where you’re very comfortable with who you are, and comfortable with new people, and a situation that’s completely unknown before you walk into the door. The more you do that, the more prepared you are to do it.

Susan Dansby has received four Emmy® Awards and two Writers Guild Awards for her work on the soap opera, AS THE WORLD TURNS. She is the author of HOW DID YOU GET THAT JOB? MY DREAM JOBS AND HOW THEY CAME TRUE.
View all posts by Susan Dansby →
This entry was posted in Dream Jobs, Interviews, Television Jobs, Theater Jobs and tagged actor, As the World Turns, ATWT, audition tips, Dr. Reid Oliver, dream job, Eric Sheffer Stevens, get a job, get hired, How Did You Get That Job?, LuRe, Mary Clay Boland, soap opera, soaps, Susan Dansby. Bookmark the permalink.