When Screen Tests Impress: How Two Soap Actors Got Parts They Weren’t Auditioning For

Assistant Casting Director, Kate Martineau Adams (formerly of As the World Turns) reinforces the view that a great audition can lead to getting cast for a great role – even a role you didn’t audition for. She gives two examples of actors who didn’t get the job they came in for, but still got hired. But first, she remembers an actor who made an unwise choice.

Kate Martineau Adams: A lot of actors — they’ll hear this reminder of ‘always make choices.’ And then, if they don’t have the proper training, they make completely random choices that don’t fit the character. And it just comes across as being very odd because it does not fit with the scene. It seems like they’re making a choice just to stand out.

I said, “What made you make your character from the South?”

She said, “Well, just because.” 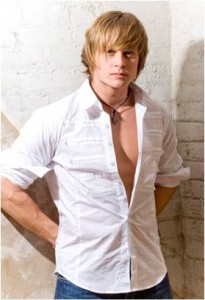 First of all, don’t ever do an accent unless it’s required or you’re really good at it — and that was not a good accent at all. And secondly, there was no basis for this character to be Southern. And so it just came across as a complete caricature. And that’s the last thing you want. You don’t want to come in and be a caricature, you want to be a character.

Susan Dansby: And that’s the thing, too, that actors actually buy for themselves in making strong choices that are consistent with the character — even if they’re not what you’re looking for — by making that strong choice, don’t you put them in the back of your mind for different role?

Kate Martineau Adams:  Most definitely. Case in point: Billy Magnussen who plays Casey on As the World Turns. He initially auditioned to play — I believe it was Chris Hughes. Either Chris Hughes or Aaron [Snyder].

He came in, and he wasn’t exactly what we were looking for; but there was something so intriguing and compelling about him on camera. And every time he did this scene, he did something a little different. It was always fresh and new. There was nothing stale about it.

From that screen test, we immediately — we just saw that he was Casey. There were similarities between him and the actor who was Casey before him, Zach Roerig; but he also just took it to another level. He was a fully-realized person when he was on camera. So, Mary Clay just continued to fight for him, and kept reminding Chris [Chris Goutman, Executive Producer, As the World Turns], and putting the bug in Chris’s ear: “If you ever want to bring Casey back, Billy Magnussen is the person.” “If you ever want to bring Casey back.” “Wouldn’t now a good time to bring Casey back?” All of these kinds of things, because she knew that there was something special about Billy.

I know that also happened with somebody else on As the World Turns:  Terri (Conn) Colombino.  Initially, screen tested for the role of Georgia. And they liked her so much, they chose somebody else for Georgia; but they decided to bring her on as Katie. So, she never even had to screen test again; they just aged Katie, and Terri slipped right into the role, and obviously was there — I think — 13 years.