In this interview, casting director, Mary Clay Boland (formerly of As the World Turns) reveals where casting directors look for fresh talent. She also warns against two huge mistakes actors can make when auditioning.

Susan Dansby:  Now where do you look for actors? Because that is another misconception, I think.  People don’t realize how often casting directors go to plays. 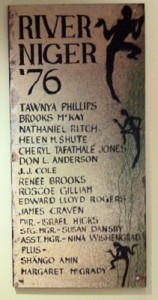 Mary Clay Boland:  Yes, I mean, I watch everything.  I really do.  I see all theatre as far as Broadway and Off-Broadway. I used to see showcases and go to every fringe play and all that; but at As the World Turns, I had a staff; so I had other people go see those as well.  We all made sure we saw as much as we could. Showcases, we do all the industry showcases for all the schools, the conservatories.

Susan Dansby:  Now, which conservatories generally put on showcases? I talked to Evan Alex Cole, so I know Carnegie Mellon does.

Mary Clay Boland:  Yeah, I mean, to be honest so many of them doing now; but I’ll tell you who we look at the most is Juilliard.  I never miss Juilliard, NYU, Yale, Carnegie Mellon, SUNY Purchase, Rutgers, A.C.T, Northwestern is very good. I mean, there is a lot.  There’s a ton of schools that are really good.

But then you also had what’s called the Leagues. And that’s on usually a Saturday and Sunday in New York; and it’s a lot of the midwest schools like Michigan, and Indiana, and Ohio and schools like that. And they put on Leagues, too.

Because if they make it that easy for you, then there’s really no excuse not to go and just see who are the fresh faces are. And to be honest, of the main conservatories, almost everyone on TV is from one of those.

Mary Clay Boland: Not everyone who graduates from those schools goes on to a huge career, but it does help – as far as hooking you up with industry people.  It is just a lot of debt to incur. I have always told people to be really careful.

Susan Dansby:  And are there any mistakes – huge mistakes – that actors make when they’re called in, say, for a principal audition?

Mary Clay Boland:  Sometimes I am really shocked when an actor shows up not prepared.

And by that, I mean they look kind of a mess, they come in with an excuse about how they didn’t get the sides [printed scenes with which actors audition] until this morning, or they haven’t done any research on the project that they are coming in for.

Our show had been on the air for 54 years.  You’d have the actor who’d come in and [would have gone online] . I’m like, “Good for you.” They tried to figure out who was Barbara and who were the characters in the scene.

Then you would have someone come in (we give out the sides; we know when you get them) and be like, “Yeah, I had to work at a bar last night” – they’ve made no choices at the scene.  It needs to be your priority.  It’s a job.  You are in there trying to get a job, so if you’re just going to come in and read through a scene, and not have made any choices, and not really given what the scene is about any thought, then I think you’re wasting everyone’s time.  I just think that’s a huge pet peeve of mine, and also shows what type of work ethic you have.  So, right there, that’s always a huge turn off for me – when someone walks in with excuses.

Susan Dansby has received four Emmy® Awards and two Writers Guild Awards for her work on the soap opera, AS THE WORLD TURNS. She is the author of HOW DID YOU GET THAT JOB? MY DREAM JOBS AND HOW THEY CAME TRUE.
View all posts by Susan Dansby →
This entry was posted in Dream Jobs, Interviews, Job Search Tips, Television Jobs, Theater Jobs and tagged acting schools, As the World Turns, ATWT, audition, Carnegie Mellon University, casting director, get a job, How Did You Get That Job?, Juillard, Mary Clay Boland, Rutgers, SUNY Purchase, Susan Dansby, Yale University. Bookmark the permalink.